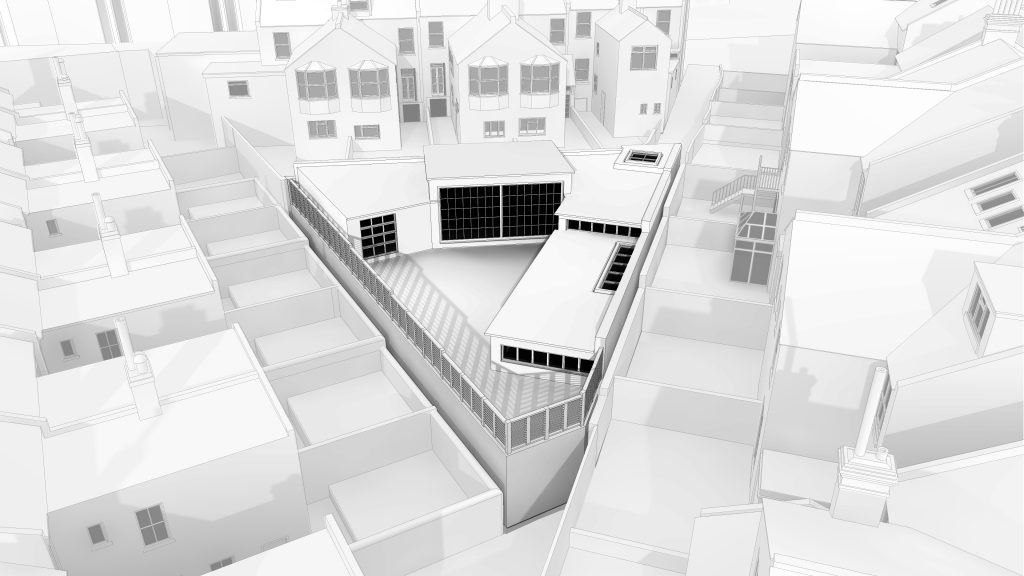 By Conrad Howard | 8th November 2019 | Comments are off for this post.

Planning permission No BH2017/00254 granted on the 29 November 2017 is situated on an almost triangular backland site surrounded by properties on all three sides. The site in Preston Drove Conservation Area – Brighton is currently occupied by a number of single storey, flat roofed buildings of utilitarian design, and modest size depicted in orange in the image below. They include a garage/storage building running along its northern side, and a run of garage or storage buildings along the east side. 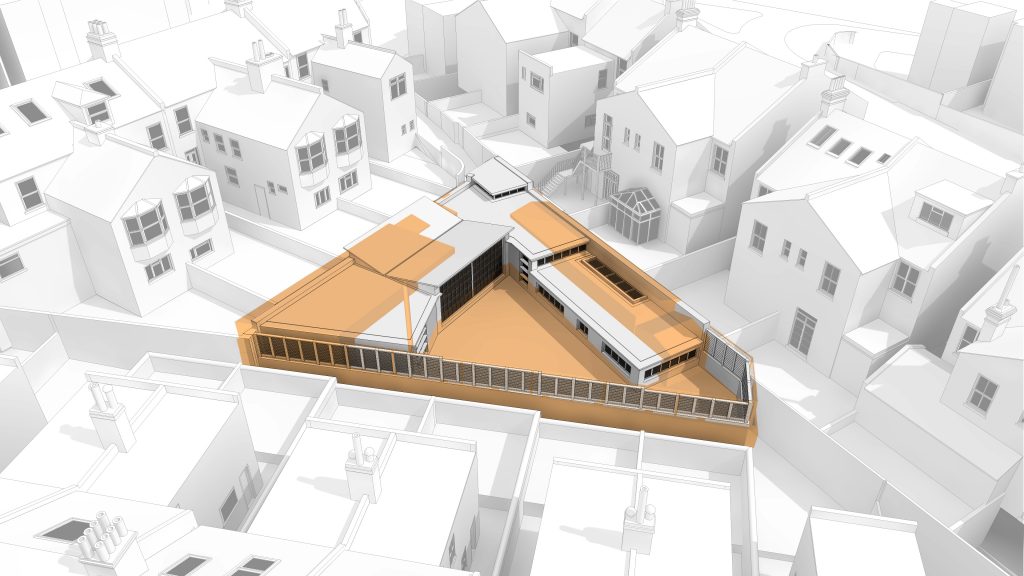 The development will introduce a flat-roofed entrance structure in the North-East corner of the site, adjoining the boundary with the rear garden of No 111 Stanford Avenue. It would have a flank wall which, would rise a relatively small height above of the existing boundary fence 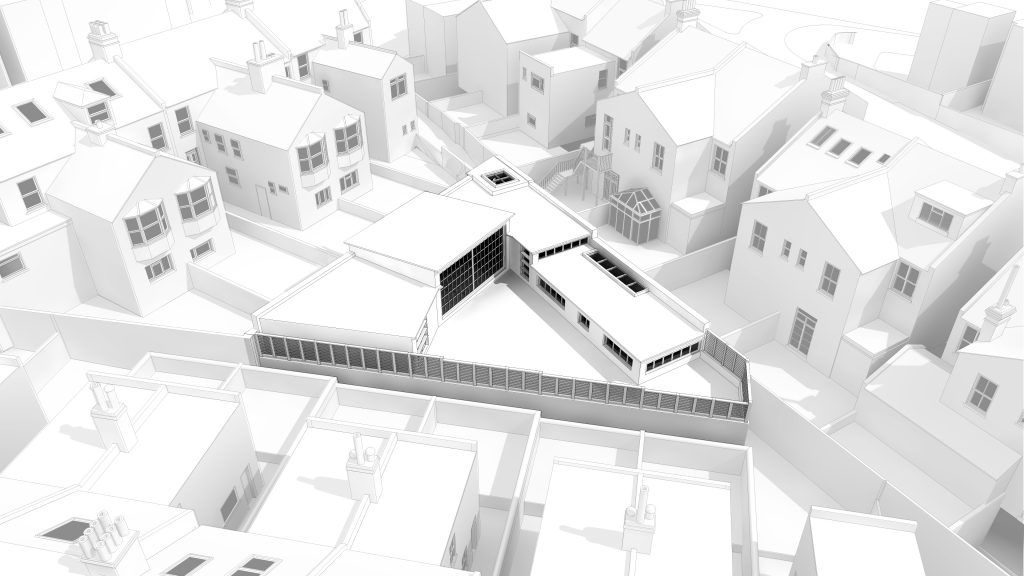 The permission is for the creation of a dwelling in a modern design, comprising a series of single storey elements set on the north and east sides of the site, in the positions of the existing structures in the heart of Preston Drove Conservation Area – Brighton. The entrance would be on the north east corner of the site where the existing access path is, and the north side would have a central raised element with a mono-pitch roof sloping up from the site boundary and full height glazing, lighting the main living area.

Existing access arrangements would remain, while the proposal would comply with maximum parking standards and would include storage for cycles and recyclables, with the louvered design of the boundary walls have been designed to retain some sense of openness around the site as a whole. 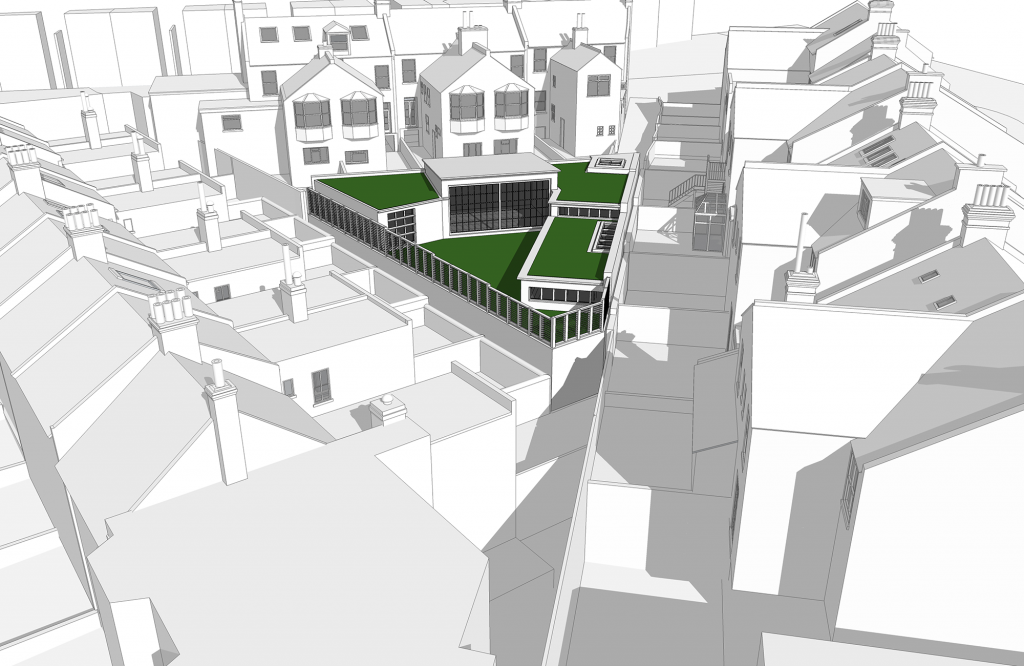 What a great design for a Custom Built bike