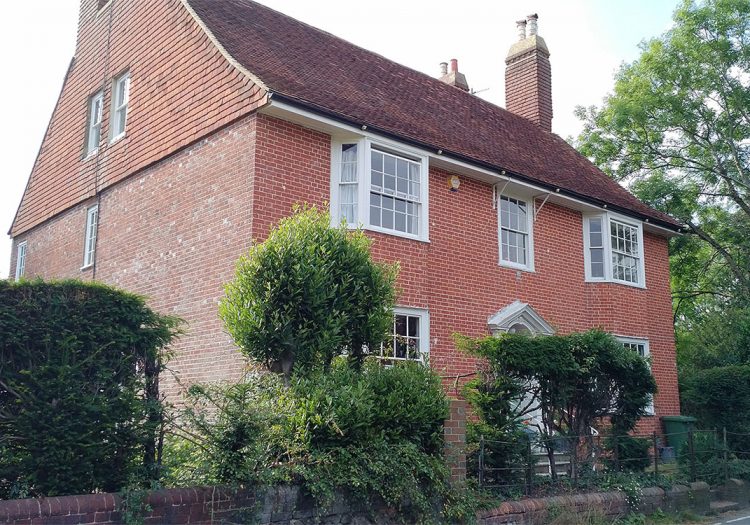 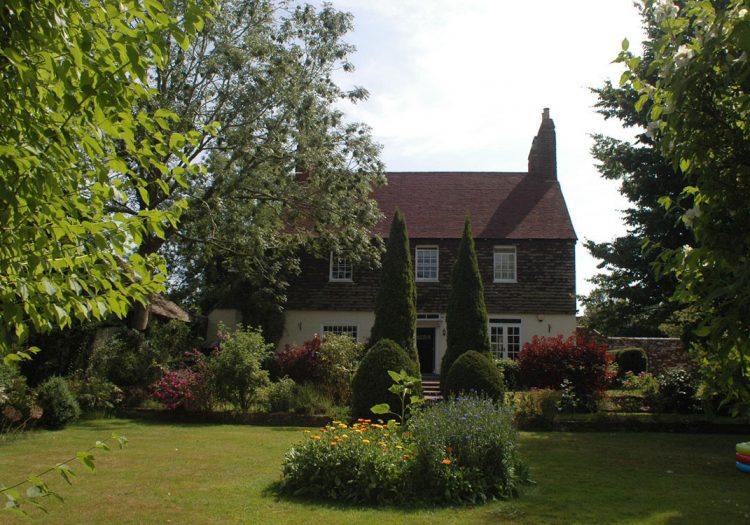 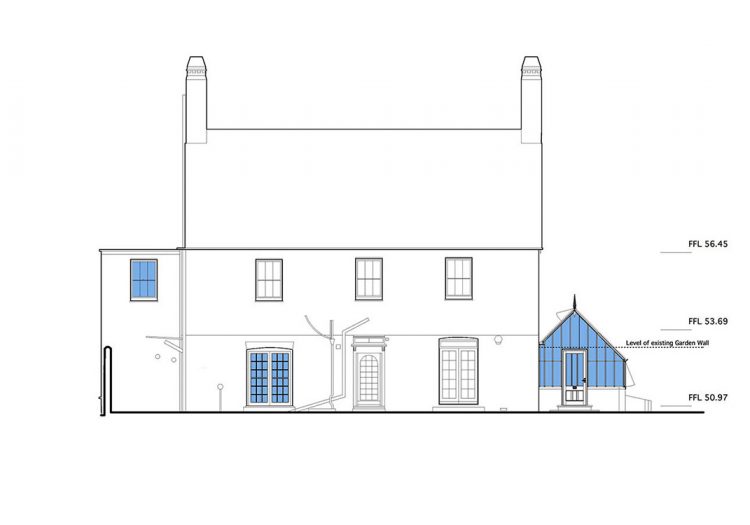 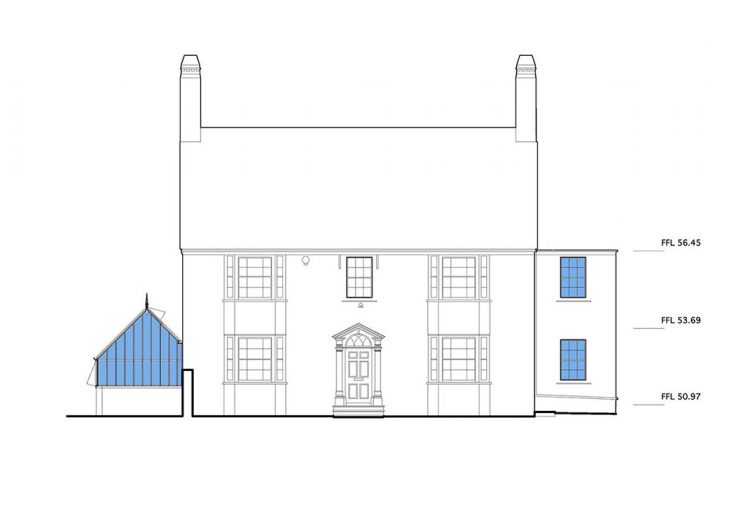 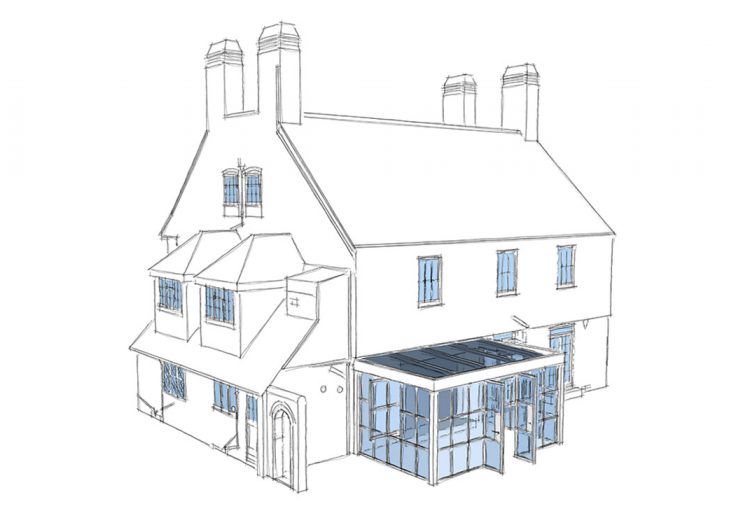 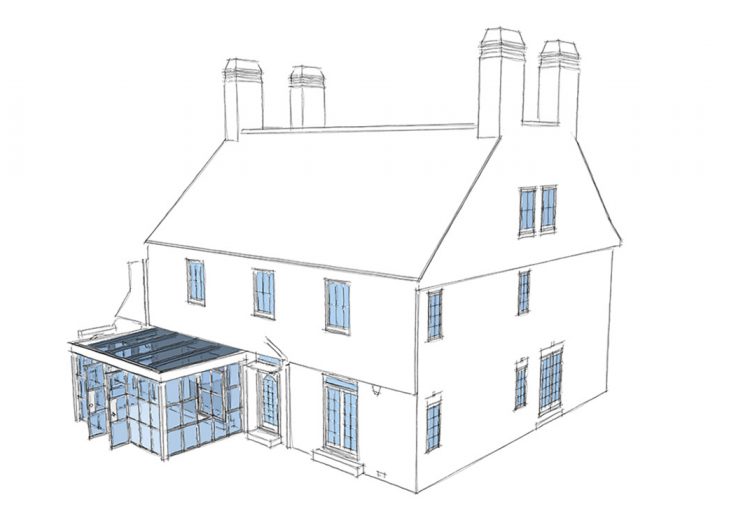 Rowles Croft is Listed Grade II. The building is double-pile with two parallel ranges under a tiled roof with end chimney stacks. Although the tile-hanging of the Southern gable is squared off there is a central valley gutter. A lean-to addition to the North – West end has later hipped dormers providing a first floor.

All elevations except to the West are in Flemish bond brickwork (alternate headers and stretchers) with burnt headers forming a simple cheque pattern; the western elevation is tile hung above brickwork. It is likely that the projecting double-storey bays have mathematical tiles.

The internal arrangements have largely preserved the original separation of the double-pile plan, whereby the rear ground floor rooms would have been for ‘service’ use, with a stair straight through to the attic bedrooms, while the front and first floor rooms were for the use of the owner. This stair has since been removed.

The philosophy and vision of the proposal is therefore, to preserve and enhance the existing heritage aspects of the building whilst upgrading services and service areas to the highest 21st century standards, in a manner and philosophy that is consistent with the original construction.

As such DD Architects proposed among other things to remove deleterious paint from the external brickwork, to repair elements in the basement, make alterations to the ground floor layout, replacement of incongruous north aspect dormer windows with ones more in keeping, a new green house, new conservation type roof lights and an elegant Mondrian Glass extension to the kitchen on the west elevation.

All of these changes work together to successfully enhance the character and heritage if this beautiful Grade II listed property.