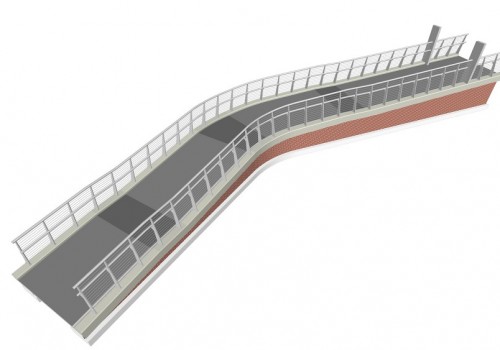 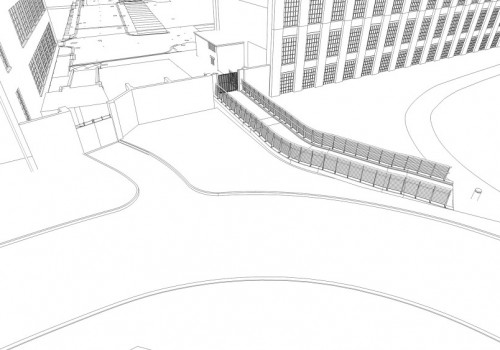 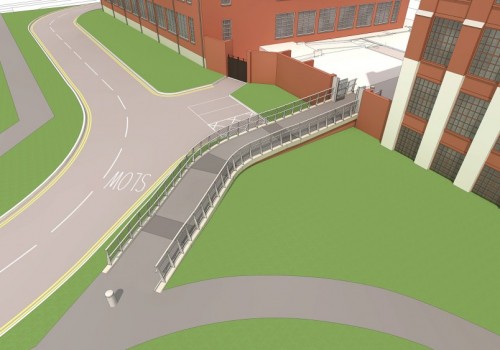 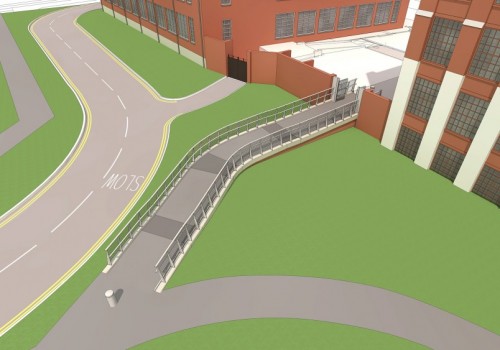 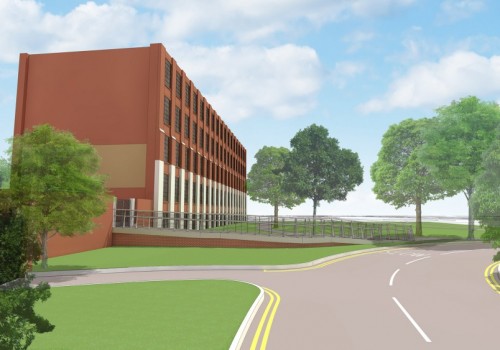 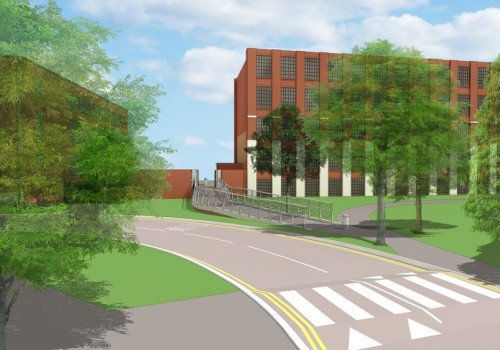 We were asked to produce Conceptual visuals of a proposed Pedestrian and Cycle ramp connecting Bowater Road and Unity Way.

The Thames Path is a riverside route that caters for pedestrians and cyclists and forms an important part of the “Mayors Vision for Cycling”, specifically as part of a pilot “Cycle Quietway Routes”. There are several missing links along the route. The proposed structure ensures one of these is connected.

To Facilitate the production of the conceptual images, first a detailed model of the proposed ramp was made to engineer specifications, showing individual bricks, the parapets and the steel handrails. The ramp model was then set on a plan of the site, from which details of the surrounding context were modelled in.

The 3D model of the full context highlighted a few details omitted by the client, which once rectified, were implemented into our model. The final model was then rendered to produce multiple views, after which Photo-shop was used to add some vibrance and trees. We were later asked to produce an animation to showcase the movement along the ramp.

The concept images created were used to inform the look and feel of the design process and to gain stakeholder agreement as well as secure funding from TfL.