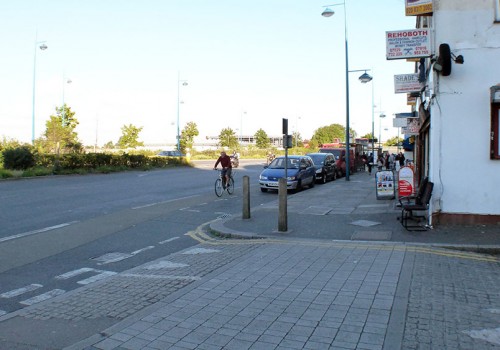 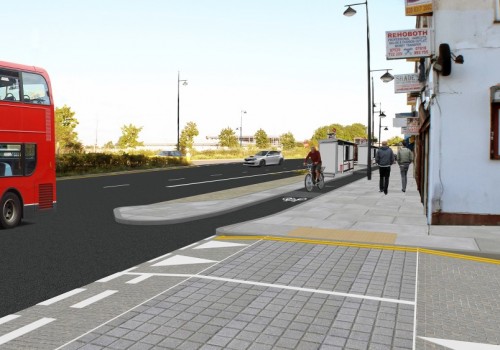 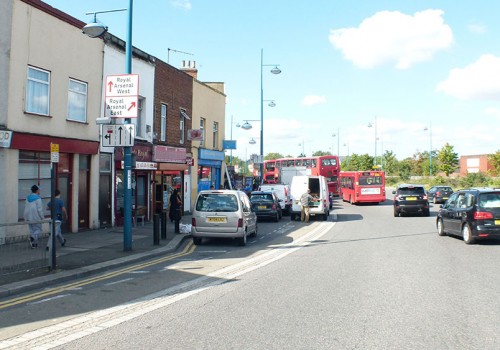 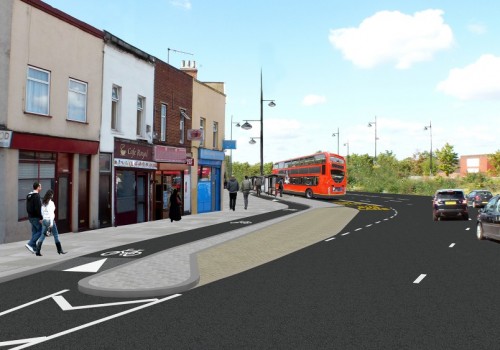 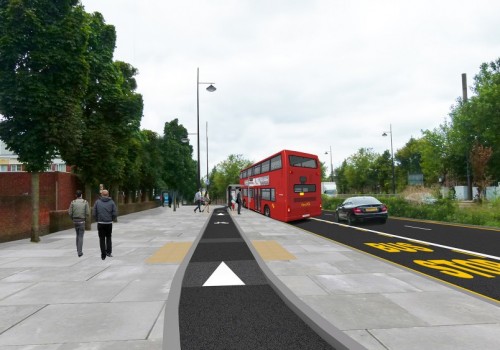 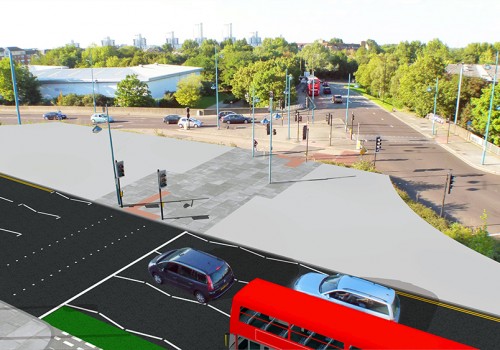 We were commissioned to produce Concept Visuals for Greenwich Council for their planned improvments. The detailed design of the carriageways, public walkways, and loading bays to develop a bus priority and cycling scheme on Plumstead Road.

This required multiple visuals along the route to assist in public consultation meetings and to secure funding. In order to achieve the required visuals, we initially produced a detailed model of the entire stretch of road. This model was then split into four separate models.

All four models received the same treatment to produce the final visuals. Photos were taken at key locations on the Site. Further photos were taken of details that are obstructed from views by vehicles and pedestrians.

Once the view angles were determined, we matched the 3D model to the exact field of view in the models and rendered them with minimal detail. Photo-shop was used to Matte Paint in further details, and for the removal of obstructions in the images. The voids created by the removal process had to be recreated using the other photos taken on site.

The details of the proposed cycle routes, bus stands, and public walkways were still in development, and this required the models and visuals produced to be readily adaptable. Alternate versions of the scheme have been developed and are currently awaiting public consultation.