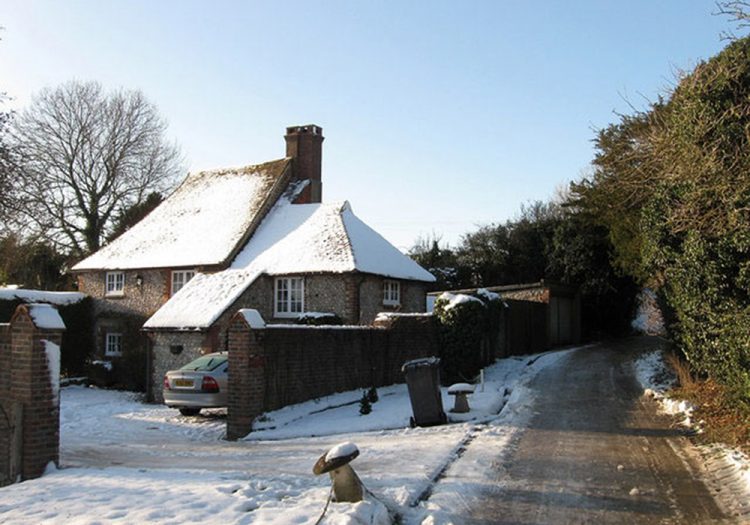 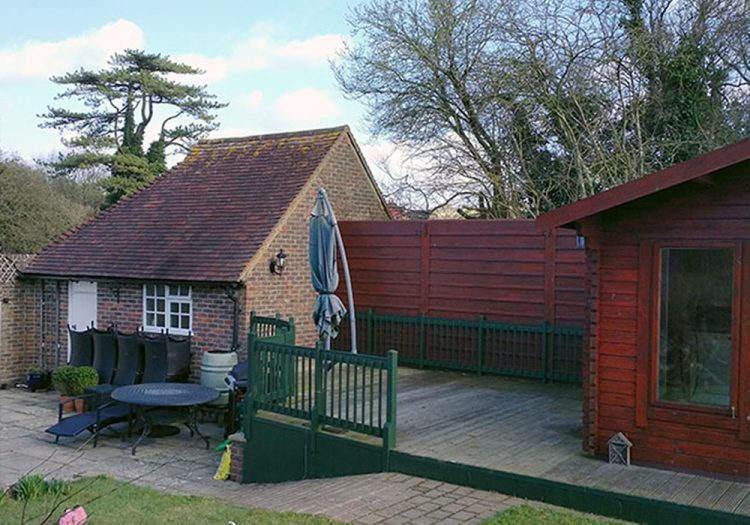 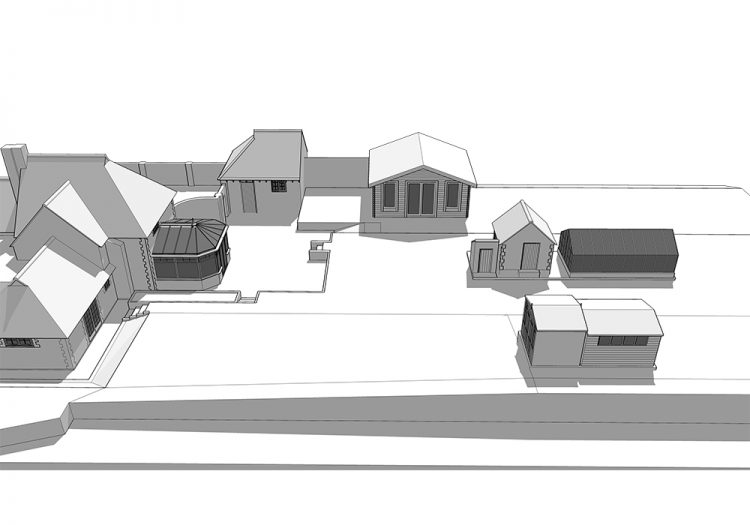 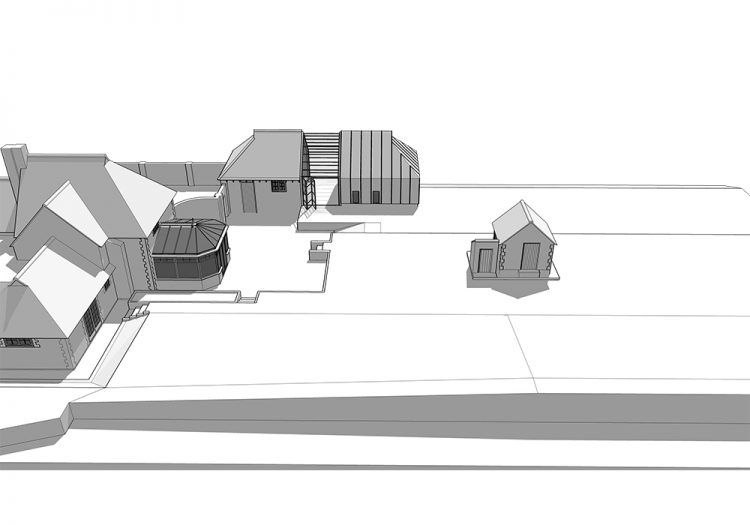 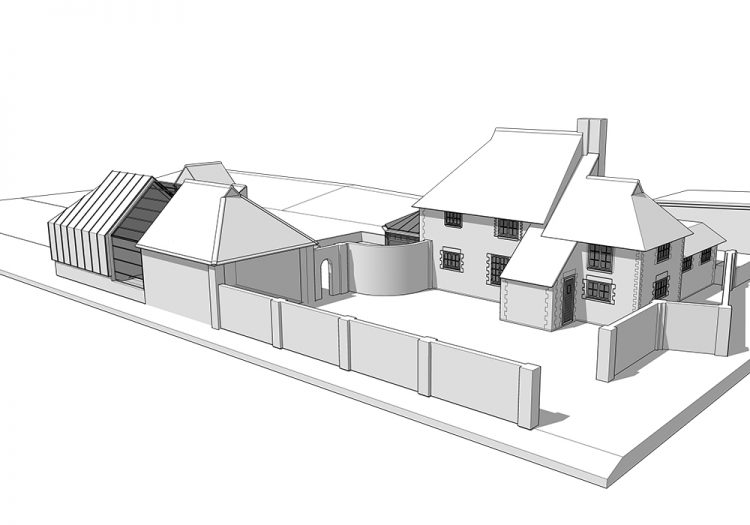 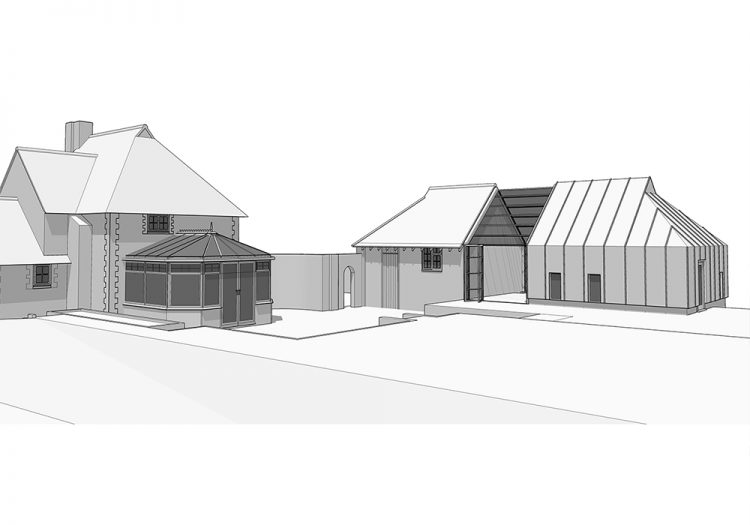 The site is located within the Countryside Area of Development Restraint and an Area of Outstanding Natural Beauty (AONB).

The dwelling sits within a generous plot where the landform slopes gently from west to east. The Site is in a rural location, to the west of the main A23 trunk road. To the north is an access track with Haredean Farm/livery opposite.

The garage to the north east of the site, which we proposed to extend, has the benefit of planning permission granted in 1980. It is constructed on brick with a hipped roof with gablet to the front elevation and a full gable at the rear.

Permission was granted to demolish the existing outbuildings, which do not benefit from planning permission. The works are aimed at improving the spatial quality, durability and setting of the listed building, which will be enhanced by the removal of the existing incongruous Garden Room, the Greenhouse and two sheds.

Being lower than the main dwelling, the proposed outbuilding remains subservient and does not compete with the heritage asset. In addition to this, by reflecting the existing garage's form, the outbuilding does not appear out of place or incongruous. Finally, the lightweight glazed link helps to visually 'break up' the mass of the outbuilding, preventing it from appearing overly bulky.