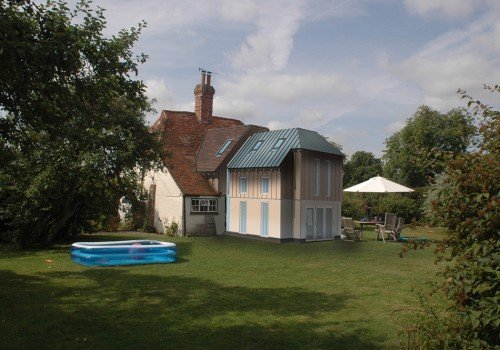 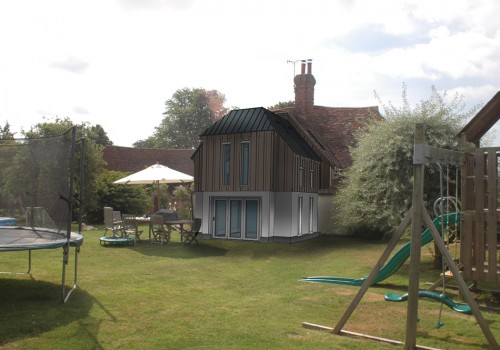 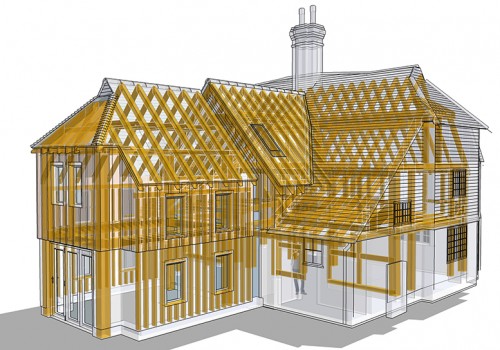 The proposal of an extension to the north was met with resistance from the Local Authority, the reasoning given was the historic significance and location of the building. By analysing and producing a detailed 3D model we were able to produce a series of massing studies to justify the size, massing and location of the extension. A further model was created showing the original timber frame structure of the 16th Century cottage. This model was later adapted to incorporate all the internal and external details, including the existing Timber structure of the main house. The model was used to form the concept of an exemplary design, which justified the style, form and location of the proposal in relation to the parent building.

The proposal was later modelled in precise detail, showcasing individual tiles, glass panels and weatherboard strips. Finally it was rendered to align with multiple photos taken on site to produce clear visualisations of the proposal.

Take a Look at our Blog for Park Cottage.