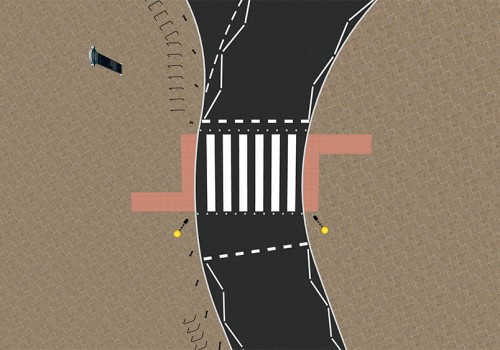 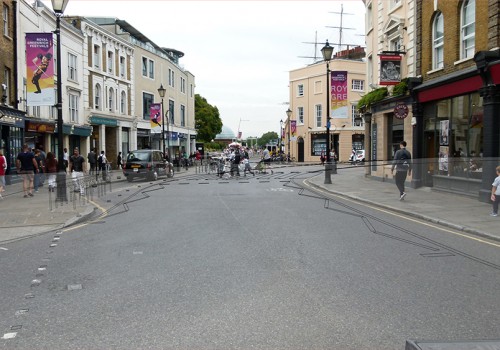 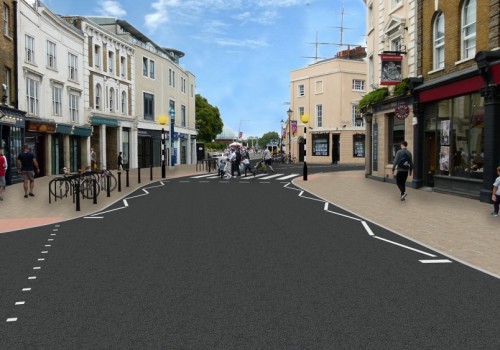 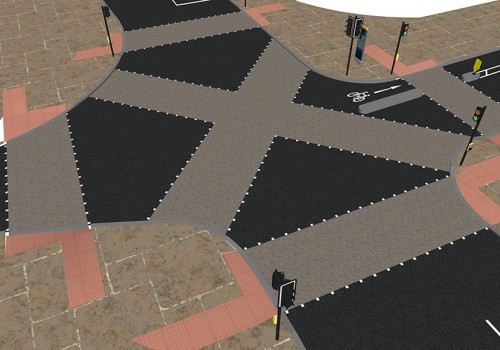 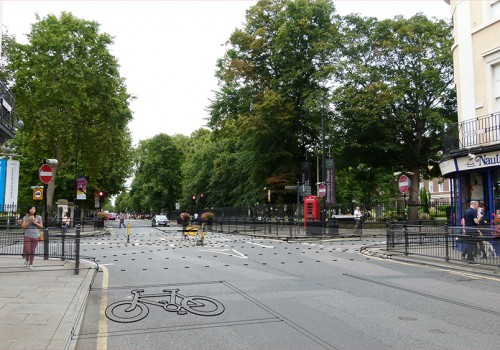 This scheme was a proposed redevelopment of the carriageways in the town centre, close to Cutty Sark DLR station. The Client required four visuals of the four junctions showcasing the proposed improvements and widening of the pedestrian walkways, elevated tables, improved bus lanes, bus stops, cycle routes and street furniture.

This was achieved with the production of a detailed 3D model of the roads and pedestrian walkways using maps of the location. Following this, details of the street furniture and road markings were modelled in.

Multiple photos were taken at key locations on the Site, mostly of the junctions. Further photos were taken of details that were obstructed from view by either vehicles or pedestrians. After Selecting the best views to highlight the key changes, the model was textured, rendered in-line with the photos taken on-site using photo-matching techniques to produce initial visuals.

The final composition was produced using photo-shop and matte painting out all the details to be improved. The details of the proposed street furniture were adapted three times during the project, and each time new visuals were quickly produced for consultation.

These visuals were updated as the scheme developed and were then used to secure funding.