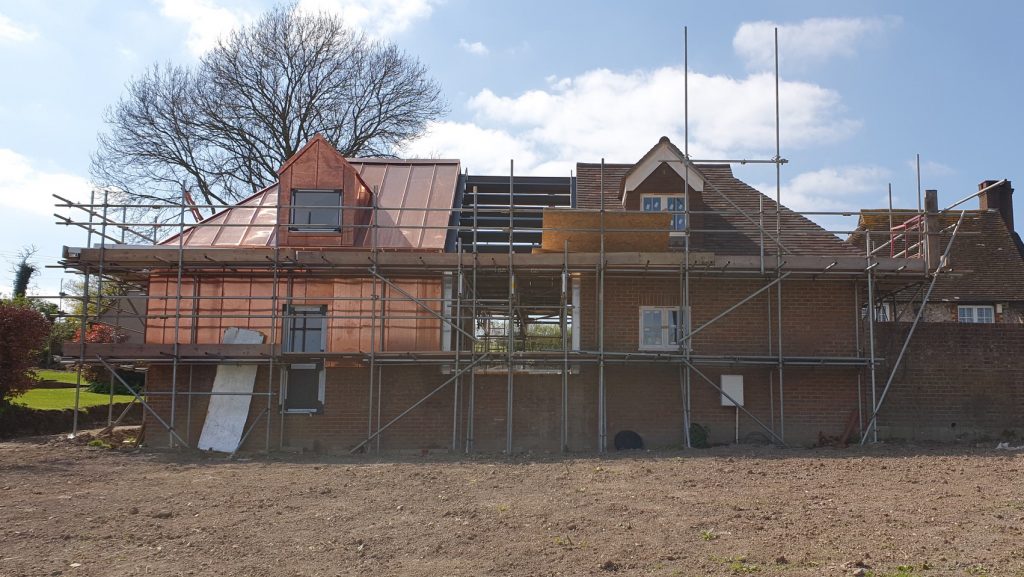 The proposal was designed to directly mirror the existing garage, having a hipped roof with gablet at the southern end and a gable at the northern end, sandwiching the sun room and circulation space between this and the existing garage.

The further accommodation including the Kitchen, WC and store room will measure 4.6m high at the ridge (measured from the highest adjacent ground level to the west of the existing garage), 2.2m high at the eaves, 5.6m long and 5.2m wide. This is to be clad entirely in acid treated copper with standing seams, which is intended to oxidise to a mottled green colour. 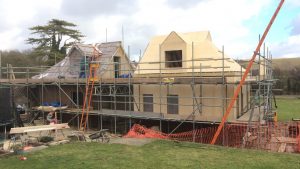 Further small windows are located on the Southern and Western elevations, with a door on the Northern elevation and modern dormer windows on the East and West Slopes to match the design of the proposal. The glazed link is to be 2.5m long and 4.9m wide to be construed using painted aluminium framed glazing, whilst being both oriented towards the East and West to attract the warming rays of the sun.

The existing garage is to be converted and used within the proposed accommodation and altered to include two further windows and a door at ground floor with two traditional clay tiled dormer windows.

When determining the scheme the officers considered the resulting outbuilding to be relatively large, but determined that this was mitigated by its sympathetic design.

Being lower than the main dwelling, the proposed outbuilding remains subservient and does not compete with the heritage asset. In addition to this, by reflecting the existing garage’s form, the outbuilding does not appear out of place or incongruous. Finally, the lightweight glazed link helps to visually ‘break up’ the mass of the outbuilding, preventing it from appearing overly bulky.

In terms of appropriateness of design details, hipped roofs with a gablet is a prominent feature of vernacular roofs in Sussex. Therefore this modern interpretation of a traditional form using alternative materials was considered to be acceptable and in keeping with the wider local historic context. The use of copper, more typically used to roof 20th century churches, is quite unusual. Despite this, its oxidised weathered appearance produces an aesthetically pleasing finish, which is muted and will tone in well with the surrounding landscape.

The special interest of the Listed building and its setting is preserved by the proposals. Removal of the garden structures is considered to be appropriate and will enhance the setting of Hobbs Cottage, thus conserving the dwelling’s significance. 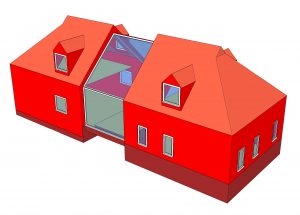 Further to this the proposal has been designed to meet stringent Passivhaus credentials and has been modelled using Design PH (see image left). The proposal requires 13 KWh/m²yr, which surpasses the threshold of 15 KWh/m²yr. The design can therefore be considered of an exemplary sustainable nature that will require little or no energy to heat.