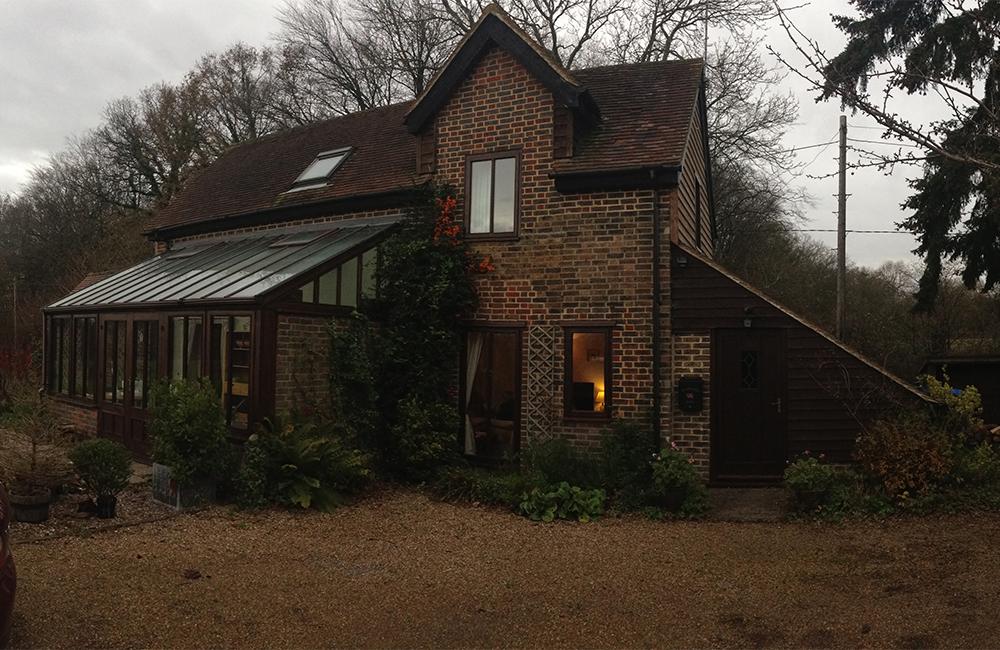 Originally a small brick built farm store used for bee keeping equipment, the building was converted to a two bedroom (one double and one small single) cottage about 20 years ago.

The previous owner purchased the house in 2000 and added a conservatory and extended the kitchen.

The house is predominantly a brick building beautifully part detailed in light coloured weatherboard, gabled to the north and south with a double gabled form to the south, which forms the kitchen. The conservatory projects to the East and is glazed to the South and East with a brick face to the north.

The proposed extension will

What a great design for a Custom Built bike