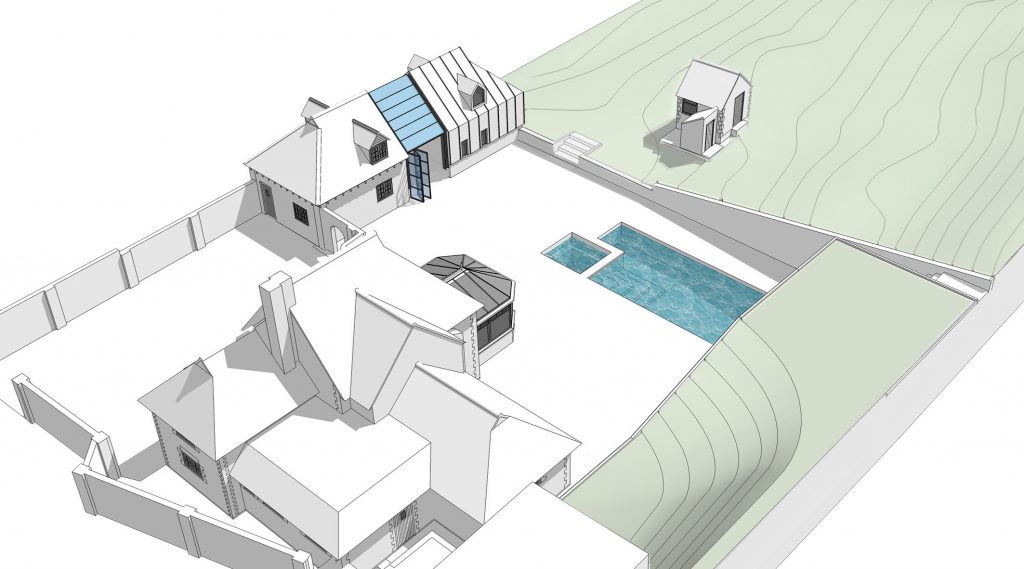 Substantial Extension to include Pool and Pool House

The proposed works for a new low level pool with underground pool house plus accommodation would line with the southernmost end of the enlarged garage building. At that line extending westward the present land form would be sliced vertically to a reduced level, held back by a wall, that reduced level then extending to the garage building, to the conservatory and rear wall of the house, from where the level is derived, and back towards the western boundary.

Within that level area would be a sunken pool; shallow to the east and deepening towards the west. Something in the order of 6m in from the western boundary there would be a grassed structure covering the deep-end of the pool and surround, and incorporating a plant room and changing room, the ground level of that extending down to the north with a reducing height of vertical plane facing east.

Two features of particular note stem from this design solution; there would be an increase in flat paved area and as a single area rather than in more isolated pieces as at present; and the grassed structure would not truly follow the original contours of the existing land. With regard to the formation of a pool, this below-ground work would not be harmful to the significance of the listed building or its setting. 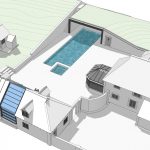 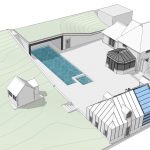 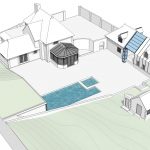 Looking first at the area of paving and the necessary re-profiling of ground levels, the Authority’s Historic Buildings Officer put forward an argument that the manner in which a building sits within the contours of the surrounding site is a key determinant. Certainly, as is suggested, wealthy land owners would be in more of a position to carry out major re-profiling, while more modest houses would tend to be constructed with less impact on the topography. However, in this case the listed building has been altered substantially and the setting and ground levels already altered by later approved works. The works to the garage are the latest in that progression. The proposed extension of the paved area would not be seen as original and would not strike at the heart of the building’s significance. Having in mind the detracting paving already in place, replacement with the more refined proposal would improve the setting.

With regard to the changed profile of the land to the grassed structure, this would be suitably divorced from the more natural landform to the south by the slot of the stairway, and the vertical face of the retaining structure would provide a contemporary and honest statement as to where the slice has been taken. This would be a radical departure from the present situation, but would not cause the harm alleged in the reason for refusal.

The Appeal inspector considered that the proposal would be an elegant and appropriate response to the client’s requirements; one that would make-good much of the somewhat piecemeal and poor quality landscaping that presently harms the setting of the building.